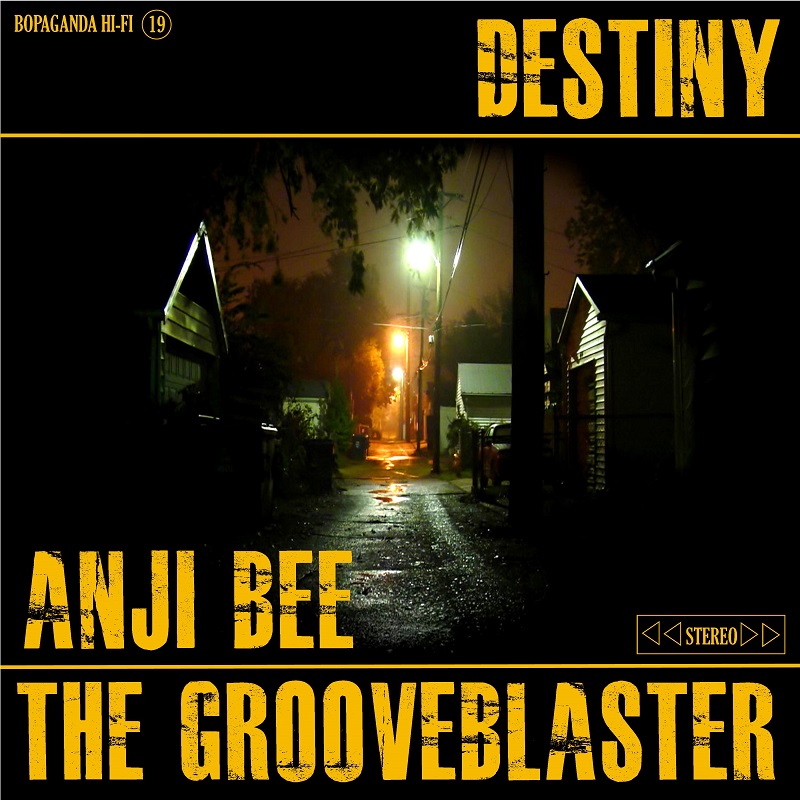 The Grooveblaster & Anji Bee have collaborated again and the result is a single ‘Destiny’ available now on iTunes and Bandcamp.

It is the 12th release of the Grooveblaster’s 12 singles in 12 months campaign, and the ninth song this duo has created together. In 2008, The Grooveblaster created a remix of “This Truth,” by Anji’s band, Lovespirals. Soon after, she contributed vocals to 2 tracks on The Grooveblaster album, ‘Cities Streets & Bebop Nights.’ Another two collaborations were created for his 2011 album, ‘Out of the Past,’ and 2 more Grooveblaster remixes were produced from Anji’s first solo album, ‘Love Me Leave Me.’ There are tentative plans to re-release all of these collabs in one collection, potentially with one or two more original songs by the duo. Keep your eyes out for more news!